As I wrote in an earlier post, Facebook has a huge opportunity to bring group buying to the masses. At the time I wrote the article, exact details concerning Facebook Deals were not released, yet the potential of a group-buying platform on Facebook could not be ignored. Today, Facebook Deals launched in 5 cities, offering more specific details – let’s examine why the Facebook Deals platform will be the future of group buying.

1. Social Sharing on a New Level

Look at all the social sharing touch points on the Facebook Deals Platform: 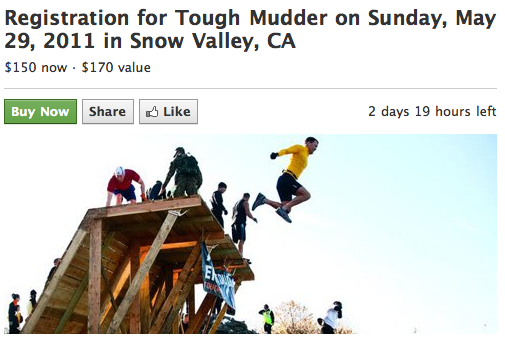 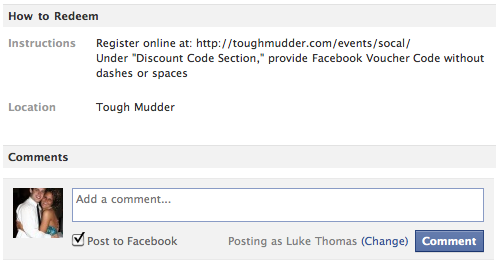 I am not a huge fan of Paypal, simply because the process to purchase an item requires many steps. On the contrary, Facebook Deals offers a 3-step buying process. It’s easy, click buy now, decide the quantity, then decide the payment method. Below is a screenshot of the payment method page. (Notice how it saved my credit card info) 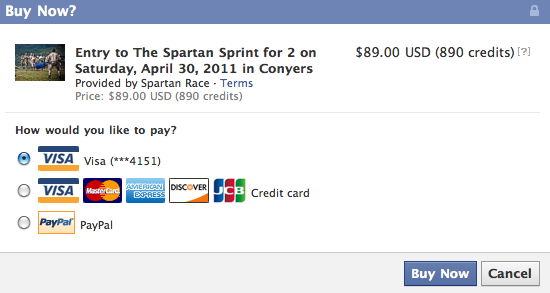 YES! What business in their right mind would pass up an opportunity at a multi-billion dollar market? Groupon made $2 Billion dollars last year on group deals. The only proof I found was this screenshot below, which explains that Facebook will take a portion of proceeds only if a deal is purchased. 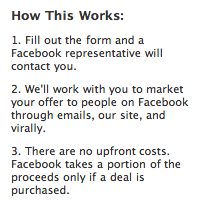 What do you think? Will Facebook Deals gain enormous traction, or will Groupon and LivingSocial reign supreme?