I wanted to write a quick post about a few thoughts I had after reading this tweet.

As some of you noticed, a couple weeks ago a reddit user reported that TikTok was essentially a massive data harvesting play disguised as a social app. An infosec firm released a detailed report here with a bit more context as well, which seems to validate the reddit post.

I'm not going to pretend that I know exactly what's going on here, but I'm going to use the rest of the post to talk what might happen if TikTok is banned in the US.

Why talk about TikTok at all?

TikTok was the most popular app in Q1, garnering over 315 million installs. According to third party data, TikTok has been downloaded over 2 billion times. In other words, its seeing hockey stick growth across the world.

According to ABC news, there's 65-80 million monthly active users here in the United States, which is a lot of people.

What are the chances that TikTok will be banned?

This is the wildcard for me. We can see that TikTok was recently banned in India because it was seen as a threat to national security, which represents a massive blow to the company. India was seen as a major driver of future revenue for the parent company (ByteDance) that is reported on a $25b+ revenue run rate.

Tik Tok appears to be aware that its on thin ice from a regulatory perspective in the United States as well. Examples below:

I have no idea if TikTok will be banned in the United States, but all signs point to increased scrutiny.

This begs the question, what happens if it's banned? I find this topic far more fascinating.

Here's a few things that could happen.

Most TikTok users here in the United States are known as "Generation Z". This cohort grew up after 1996 and will represent about 10% of the voting population in the upcoming election.

The overwhelming majority of Gen Z hates Trump and there's no reason to expect this to change, but a TikTok ban in the US would create a massive firestorm here in the United States.

Specifically, people will want to know why the ban happened in the first place, which lays a foundation for a variety of eye-opening topics, most of which make the Chinese Communist Party look bad.

My point here is that banning TikTok puts an insane amount of focus on the US relationship with the Chinese Communist Party. One could argue that there may be political fallout from a ban like this, especially on the youth in the US.

If TikTok is banned in the US, there will be millions of teenagers looking for an alternative, which bodes well for this massive social media company called Facebook.

Facebook is the best in the game at copying competitors and rolling it into their existing suite of products. A couple years ago they released an app called Lasso, which they are shutting on July 10th (2 days from now). This is clearly top of mind for them.

Shutting down Lasso doesn't mean they are abandoning the TikTok opportunity. Instead, they are rolling out a new product called, "Reels", which is essentially TikTok like functionality, but baked into Instagram. Lasso appears to have been a trial balloon that helped them learn.

Ironically (or not), Reels just launched in India. It's still not available in the United States, but we should expect it soon.

My read on this situation is that Facebook is aware that they may be given a massive gift if TikTok is banned in the United States. They are moving aggressively to absorb the demand elsewhere, we should expect the same to be true in the US.

If this happens, I think FB's market cap grows by leaps and bounds.

If Facebook is given the gift of a US TikTok ban, we should expect the narrative to be something along the lines of, "Trump banned TikTok because he's friends with Peter Thiel, which is on the board of Facebook."

Facebook has been getting a lot of pushback because it's perceived as right wing platform. Examples from recent news articles to illustrate my point:

One thing seems clear. If FB absorbs the demand from TikTok, we can expect more political fallout for Facebook and Zuckerberg in the months ahead.

It seems like we are in a digital war. If the US banned Huawei due to national security concerns, I expect the same to be true for Tik Tok.

In other news, I wish tech and politics were more separate. This is turning into a zero sum game.

If you have additional thoughts/comments/reactions, feel free to yell at me on Twitter.

I recently found an interesting article on Miami tech week and about the rise of startup cities, so I figured I'd share a few thoughts. Oddly enough, this is something I've thought about for years and have run small-scale experiments on. A little bit about me to provide context: I've

Right now, we're in the middle of the coronavirus outbreak here in the US. I've been following this pretty closely since early January, not because I'm a genius, but because I thought there may be implications for my business, Friday (remote work software). Many people compare coronavirus to a war 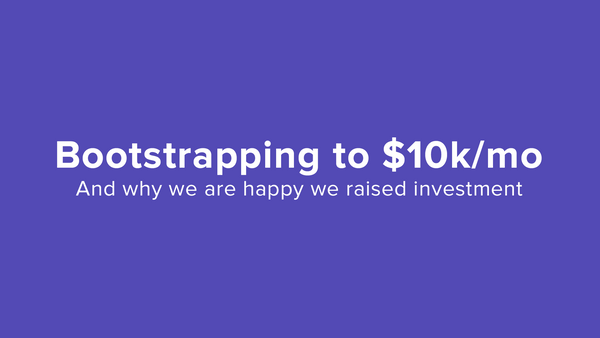