It’s been about a month since I started working at Safari Books Online, and I’ve told a few of my close friends that I doubt I will ever work at a startup again…unless it’s my own (which I have no plans to do at the moment.)

This might sound strange coming from someone who enjoyed working at early stage tech companies, but there’s a gold rush in the enterprise, and very few people are talking about it.

In my opinion, the role of a numbers-driven marketer has never had more of an impact. More and more businesses are being built online, yet decision-making is the same its always been. The enterprise makes decisions based on the highest-paid person’s opinion (Hippos), and while a savvy executive is a major asset, there’s a new kid (or team) on the block that will shake things up.

Put simply, a growth team exists to move numbers. These key metrics vary depending on the company, but it’s the growth team’s job to improve onboarding flows, increase lead quantity (and quality), while improving the most important number: revenue (or profit).

There are many large companies who have never proactively worked on improving key metrics (conversion rate, reducing churn, etc), which means there is a pile of cash being left on the table. Unlike many startups, the viability of the business is known, which means less exploration of channels that might not work, and instead the optimization of existing channels.

The benefit of a larger organization is that even small improvements to these key metrics could amount to millions of dollars in revenue. What company doesn’t want to make more money? 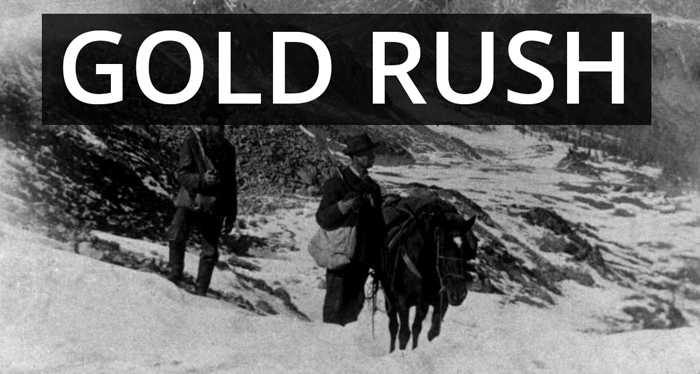 A small team, but a powerful punch

The growth team is like your best sales rep on steroids. Why? Unlike a sales rep, if the growth team improves a key metric, it typically scales. Here are a few examples:

XYZ company is a B2B SaaS company, and every lead is worth $2000 dollars. On average they receive 30 leads/week, which amounts to $60k/week in new business ($3.1 million/yr.)

The growth team improves the visitor to lead conversion rate by 200%, which now means they get 60 leads/week. This amounts to $120k/week in new business, which is an increase of $3.1 million dollars/year.

While this example is what I would call a “home run”, this is not insane.

Let’s say the CEO wants to make a pricing change on the company’s most popular product:

The job of leadership is the make tough decisions, but with a data-driven growth team, they can roll out experiments to small samples of the user-base, gaining critical insight to help make better decisions. What CEO wouldn’t want this?

“In God we trust, all others bring data”

One of the most powerful pieces of the growth team is the foundation on which its built. This foundation is based on data, not conjecture. Experiments are relentlessly tested, and opinions/assumptions are held to the fire…including the CEO’s opinion.

Characteristics of a Growth Team

I’ll leave smarter people to go more in-depth about specific roles and responsibilities, but the goal of the growth team is to be as autonomous and self-contained as possible. This means this team must be comprised of individuals from various departments.

This engineer should be a highly-skilled individual, yet not a craftsman who is meticulous about every small detail. The growth team must operate very quickly, and the engineer should understand that speed is the key, not perfection.

For larger companies with more resources, there should be a front-end engineer (there’s going to be a lot of landing page design tweaks) and a back-end engineer. The goal of the engineer(s) on the team is to keep the team moving forward, without getting the “regular” engineers involved.

The role of a marketer varies depending on their technical expertise, but at the very least, this marketer should be able to tease out insight from customers. A solid understanding of analytics is important, but most of the home runs I’ve seen when running experiments are a result of qualitative customer feedback. The marketer should understand the value of qualitative feedback (from customers) and quantitative feedback (digging into metrics.)

Also, the marketer should understand various channels for acquisition, as improving the top of the funnel is a surefire way to grow in a big way.

The role of the product manager on the growth team is to improve retention, reduce church, and focus on engagement after the user has signed up. Oftentimes the bottom of the funnel is leaky, which may require building new features, while improving existing ones.

I also see the product manager being responsible for systemizing the experimentation process and reporting results to leadership. This means when the growth team runs experiments, the PM is responsible for keeping things on track, and moving projects forward.

What’s holding the enterprise back?

I’m sure forward-thinking companies already have these teams in place, but I think it’s only a matter of time before these teams are a norm in BigCo’s. But what’s holding the enterprise back? I mean, most large companies have social media teams, and the ROI is nearly impossible to track.

Leadership must be onboard
One of my favorite parts of working at Safari is how much leadership cares about the experiments we run. This gives me confidence that if I find a game-changing result, it will be implemented.

If the leadership didn’t care, I would have a nightmare implementing learnings. I can’t stress enough how important this is.

Growth people are tough to find
There’s not a doubt in my mind that there’s intense competition for people who work on growth, which means companies will need to get creative when recruiting. I personally would try to hire based on the following:

To summarize this post, more and more businesses are being built online, and that presents a massive opportunity to drive major business success. We live in an exciting time, and small teams have never been able to make such a big impact. I’m excited for what the future holds.